I represented a severely disabled man who had both mental ill health and spina bifida.

His social landlord had accused him of anti-social behaviour and was seeking an injunction, with power of arrest if he breached the injuction. If the injuction was granted, the landlord would then be able to get possession of the property and the judge would have to make a possession order.

THANKS TO LEGAL AID, I was able to examine the allegations against my client and get an expert report which confirmed that, because of his spina bifida, he could not have done what he was accused of doing by the landlord. The housing association agreed to withdraw the injuction application and were convinced that the allegations were coming from a disgruntled neighbour. 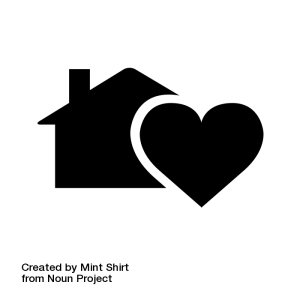 I represented a woman from Eastern Europe with two children.

Her landlord took her to court for rent arrears and secured an outright possession order, meaning she and the children would have to leave their home.

THANKS TO LEGAL AID, I was able to instruct a barrister to advise on an appeal, then to appeal the decision of the District Judge. The appeal was successful and the outright possession order was set aside.

I represented a homeless family of four who the local authority was housing in interim accommodation.

The family had been living in unsuitable and unsafe temporary accommodation for four years. The damp and mould in the property was making the children ill. They made various complaints to the local authority but these complaints fell on deaf ears. Additionally, they were getting nowhere when bidding for property on the local authorities housing allocations system.

I represented a former teacher with a teenage daughter.

Following anti-social behaviour by her neighbour, my client’s mental health had deteriorated and she was diagnosed with psychosis. She lost her home and had nowhere else to stay.

THANKS TO LEGAL AID, and with the help of social services, I was able to ensure that my client was not sleeping on the street with her teenage daughter on bonfire night.

Welcome to this blog, which is part of YLAL's campaign against cuts to legal aid. "Legal aid" is publicly funded legal advice and representation to people otherwise unable to afford it. Here you will find anonymous case studies submitted by legal aid lawyers and their clients. Take a look to find out how legal aid provides a critical lifeline to the most vulnerable people in society.
Young Legal Aid Lawyers (YLAL) is a group of students, paralegals, trainee solicitors, pupil barristers and qualified junior lawyers who are committed to practising publicly funded areas of law in England and Wales.

This is a YLAL initiative